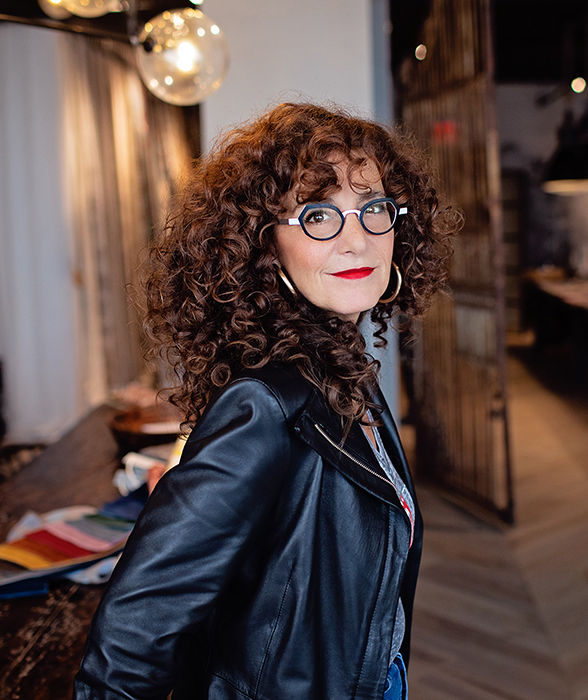 “I love working with clients to learn about their design dreams and ideal lifestyles. In turn, this information becomes the manifesto for our design. We plan, curate and customize their spaces resulting in a cozy and chic home that functions beautifully for each individual client.” – Laurie Blumenfeld-Russo

Born and raised in Westport, CT, Laurie Blumenfeld-Russo was inspired to pursue a life in design after celebrating her 13th birthday on a family trip to India. This early experience ignited a life-long passion for travel, design and collecting and eventually broadened her horizons to Asia, South America, the Middle East, Europe, Africa, and beyond.

Laurie spent the first part of her career in a creative, brand marketing role, where she led the special events department for Nickelodeon. With a strong desire to follow her passion for design, Laurie left the comfort of the corporate world and enrolled in Parsons’ highly coveted design program, where she obtained a degree in Interior Design. Laurie was immediately sought after for her global style and unique eye, and launched her eponymous firm LBR | HOME in 2014, which is now known as Laurie Blumenfeld Design to encompass the firm’s expansion into commercial and hospitality spaces, as well as product design.

Laurie lives in Red Hook, Brooklyn with her husband Bob and their Australian shepherd Ava in a loft with views of the city she loves  that leave her both awe struck and inspired.